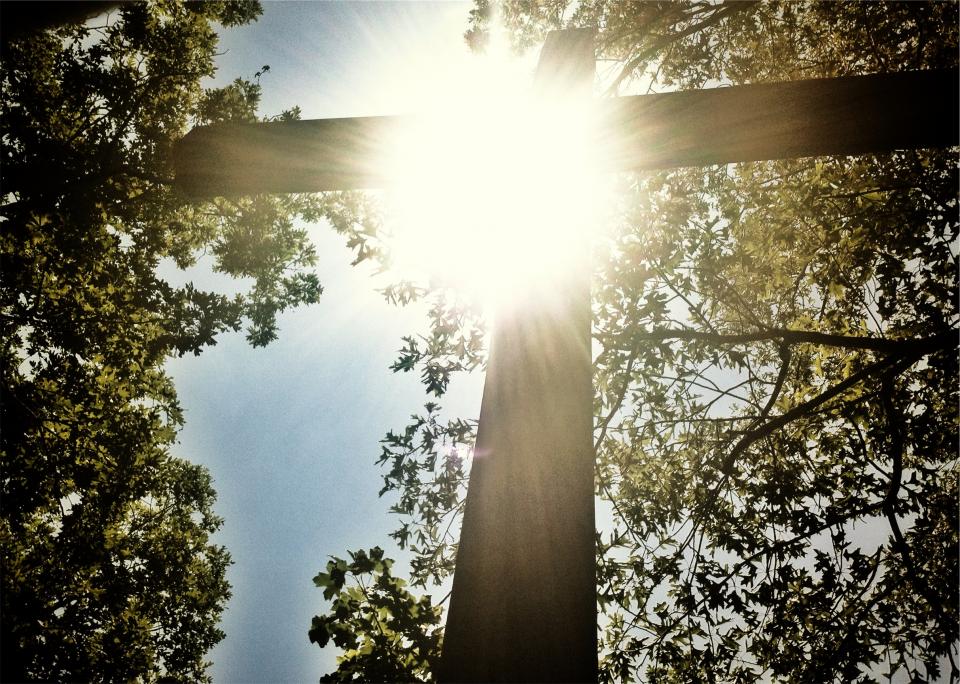 The Framework For Science & Religious Thought

For the record, any debate putting science versus religious or philosophical thought is nothing but an exercise in vanity.  This is not an either/or issue, it should be about utilizing all forms of knowledge and disciplines to seek ultimate truth.

I am sympathetic to the Atheist, I understand their frustration in a time when culture is moving away from reason and logic.  I share in that frustration.  Even as someone who adheres to the Christian Worldview I still greatly value reason and logic.  I am a major advocate of faith by reason and believe that it is important to use scientific, historical, and philosophical principles in thinking regardless of your worldview. Since the early days of American Enlightenment the United States has slowly diminished the importance of logic and reason – emotionalism, spirituality and mysticism are on the rise in our culture.  With that said, science and the Atheism worldview alone are incapable of explaining humanities big questions.  Specifically, origin, meaning, morality and destination. Those before us have sought to answer  these questions and those after us will too.

The polarization of worldviews between science and religious thought has created what I believe to be dangerous patterns in our culture. This is not a debate of science versus religion or at least it should not be, it is a debate between different worldviews which encompass many disciplines and neither worldview should have exclusivity to science, history, philosophy or religious thought. In reading the comments on the “NPR Creation versus Evolution” debate I am shocked at how emotional the evolution crowd has become in their response. And frankly how uninformed their responses are to the debate.  I question whether many have actually taken the time to really think through and research the question of origin. This side of the argument is supposed to be on the side of reason and practicality.  Although I will take on the challenge from anyone that purposes reason and logic are mutually exclusive to the Atheism worldview.

Don’t get me wrong, I think the debate is great and healthy but the comments illustrate how little people have really thought through this question.  This is what causes me concern.  I would argue that Atheism has done the movement a great injustice by trying to utilize science alone to defend their position and it has ultimately lead to their debate becoming what they despise – emotionalized.  This question has to be approached not only from a scientific perspective but also a philosophical  and historical perspective. Keep in mind that most of scientific and mathematical theories started out of philosophical principles and much of that thinking came out of the early church.  To Ham’s point in the debate, many great scientists have also been great philosophers and theologians.

Lets take Blaise Pascal for example, Mr. Pascal was a mathematician, physicist, inventor, writer and Christian philosopher, he gave humanity some of the basic principles in math and science that we use today.  Let us also remember the great minds of Plato and Aristotle that gave society both philosophical and scientific discoveries.  The difference between these historical figures and modern day culture is the historical figures were seeking truth through whatever discipline(s) took them to that truth; thus, they would utilize science, history and philosophy to seek truth rather than trying to back end into truth through one discipline (science or religion).   Taking the position that religious belief or philosophical thinking is a fruitless exercise and that it should be eradicated is a very dangerous position to take from a factual and historical perspective.  It is also the premise in which advancement in science would be stunted or stopped all together.

The Atheist worldview supports the eradication of religion and philosophy in society and culture, this statement is consistent with what Scientific Atheism is doing today.  This is the common goal of most Atheistic regimes, especially true in the 20th century.   Many that adhere to the Atheist worldview state that eradicating religion would make the world a safer and more peaceful place.  Unfortunately the historical facts do not back up that claim.  Below is an excerpt Dr. James Kennedy’s book “What If Jesus Had Never Been Born.”

Now lets add up the numbers, Mao killed about 72 million human beings from 1948 to 1976.  When we add the 40 million Stalin is responsible for, we come to a number of 112 million.  Throw in Hitler’s 15 million (not counting the devastating war he started), and we come to about 127 million.  Add other killings by other Atheistic and totalitarian states, as a result of their aesthetic ideology, you come up with a number of more than 130 million. Using the most exaggerated criteria and numbers, one could come up with no more than 17 million people killed by professing Christians “in the name of Christ” in twenty centuries of Christian history. So when compared with the top estimate of 17 million allegedly killed in the name of Christ, we see a huge difference with the estimated 130 million killed by Atheists.  Thus, the number of those killed in the name of the secular state in this century (20th) alone is about eight times more than our estimate of the number of those killed in the name of Christ in all centuries of the Christian era.

Lets take this one step further and allow for the famous economist Fredrich von Hayek to outline the issue with a pure materialist perspective.  In his book, The Fatal Conceit: The Errors of Socialism, economist Friedrich von Hayek launches a similar attack on the socialists and their “omniscient state.”  Hayek demonstrated the impotence of the socialist to run an economy

This materialist view disregards therefore the true dignity of man and the true nature of the human person—his rationality and free will. The artificial social orders engineered by socialists are completely devoid of a proper understanding of man and the kind of being that he is.

Now let us look to our founding fathers and the Declaration of Independence:

“We hold these truths to be self-evident, that all men are created equal, that they are endowed by their Creator with certain unalienable Rights, that among these are Life, Liberty and the pursuit of Happiness.”

Much of the philosophical and sociological premise of our current culture is based on the Christian worldview and not the materialism vision of man.  Unalienable rights, human equality, and morality is something that cannot be explained by the the materialist view nor any other religion that is based on works (a topic I will be posting on soon).  To dismiss the Christian Worldview in many ways is dismissing much of the principles that allow for our freedom.  I find this dismissal of the Christian worldview by the science community to be lazy at best and creates major conflicts since our values, philosophies and freedoms were largely established on the JudeoChristian worldview.  With that said, the same can also be said of the Christian community dismissing science, it works both ways.  Again, trying to back end to truth through one discipline will only lead to conflicts and contradictions, seeking truth should encompass all disciplines necessary.

The following excerpt is from David Berlinski’s book “The Devils Delusion”, his response to Christopher Hitchens book “The God Delusion.”  Berlinski, an agnostic, is respected thinker in the math and science arena, and his thoughts below on the history and practice of Scientific Atheism illustrate the danger of utilizing just one discipline to find truth.

Think Through The Big Questions

This is why all debates and big questions must be approached from both a scientific, historical, and philosophical perspective. Now getting back to the debate and my personal views on the question of origin, I have studied the question of origin in depth and have landed on old earth creationism as my current stance.  This is the theory that our universe was created by intelligent design but not in six 24 hour days. In Genesis it does not give a reference to time of days, thus, this is open to interpretation. I also agree with many scientists and the current data that our world is older than many young earth creationist believe but do not for a minute believe that it happened through unintelligent design. For the purpose of time, I will not get into why I believe in intelligent design by a creator which I believe to be the Christian God in this blog but I have thought through the question and will explain it in another post.  You could say my position is a bit of a compromise and I would say it is coming to what I believe to be truth based on looking at evidence from multiple disciplines.  The point is there is room for both science in religious thought and there is also room for religious thought in society that respects science.

The final point I want to make in this post is to encourage people to think for themselves and really dig into answering the big questions (origin, meaning, morality and destination) from a scientific, historical, and philosophical perspective.  Disparaging the other side is not defending a position or thinking through a question, it’s lazy and childish. As Ham pointed out, there are brilliant people on both sides of this question and as Berlinski pointed out science nor religion have enough evidence to prove or disprove any of the standard theories on our origin. Let’s keep the debate in perspective – people are equal, ideas are not. So defend your position, don’t disparage the individual. That is healthy debate and requires actual effort in thinking through a position.  I respect any individual that has taken on these big questions and has spent the time to formulate a position of defense but is still open to hearing others thoughts respectfully. Aristotle said it best, “It is the mark of an educated mind to be able to entertain a thought without accepting it.” 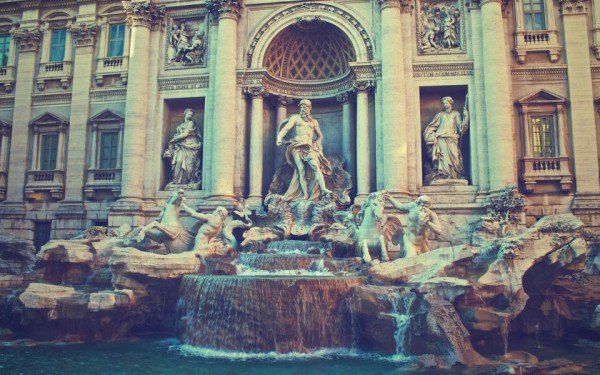 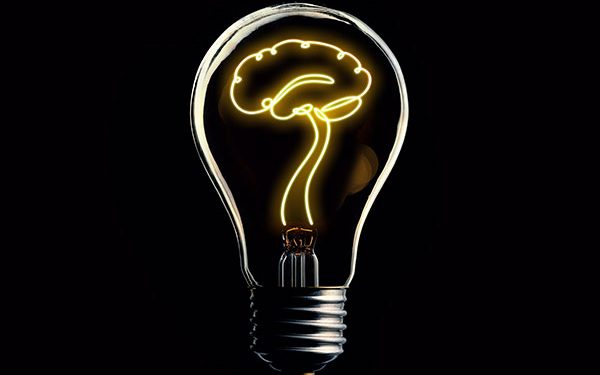