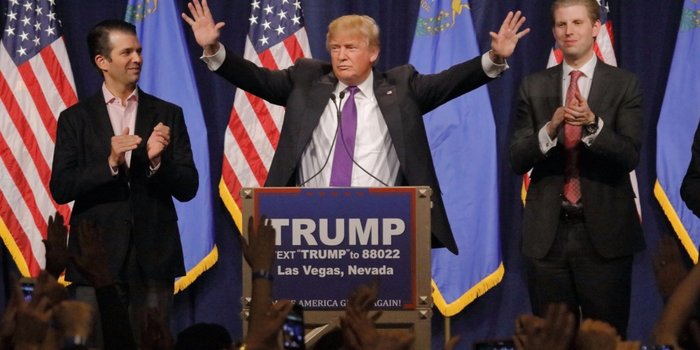 This story originally appeared in Entrepreneur

The next four years could mark a golden age for startups if, as he promised during his campaign, President-elect Donald Trump loosens regulations and special-interests influence — and if entrepreneurs hold regulators and policymakers accountable.

When the president-elect declared that he would eliminate 70 percent of federal regulations, he attracted quite a bit of rancor from detractors and supporters alike. But from an innovation standpoint, the country could hardly ask for more uplifting news.

If the incoming POTUS stays true to his word, businesses will find themselves in a friendly regulatory environment come January 20 (Inauguration Day). And that will be a welcome contrast to the hostile attitude many companies face now.

Still, a loosening of regulations shouldn’t be seen as an opening for corporations to take advantage of the public. Innovation is good for business and for the economy, so regulators and business leaders should seize the opportunity to collaborate for the enrichment of the country.

At the same time, the question raised is: Can campaign rhetoric translate to real change? Under the current system, businesses often spend more resources on regulatory compliance than they do serving customers. Oversight standards are notoriously opaque, and the bureaucratic processes often prevent promising-looking companies from any chance at growth.

Donald Trump ran for office on his business expertise; and he has navigated the regulatory landscape himself, so he understands the ways in which certain laws hinder innovation.

The down side of Trump’s protectionist message on immigration

But he’s also made concerning remarks about business. His protectionist rhetoric and tough stance on immigration could prevent bright innovators from developing their products stateside. And that’s a big issue, because immigrants currently represent half of the founders in Silicon Valley and are responsible for having built the majority of American startups valued at $1 billion and up.

As Trump finds a balance between making good on his campaign promises and actually crafting policies, he must be mindful of the important economic roles immigrants play.

Trump’s talk of mercantilism also raises red flags. Some services are better left outside the United States, so penalizing companies that outsource jobs is the wrong approach to generating domestic job growth. Instead, Trump should focus on reallocating resources to match our country’s strengths. Automation causes more job losses than cheap overseas labor, and there’s no reversing that trend. The nation must provide workers with skills that meet new demands in the labor market, rather than chasing low-wage jobs across borders.

If Trump is serious about economic stimulation, he’ll also need to contend with the banking monopolies that maintain a stranglehold on the financial system. Seventy percent of banking assets are controlled by 0.02 percent of banks. That’s a system that cannot survive — not to mention a system that has no incentive to innovate.

But deregulation could redistribute opportunities and spur creativity in the financial market. Regulations tend to consolidate power, while looser regulations decentralize it. The latter is far healthier for consumers in the long term.

Related: 4 Lessons Every Entrepreneur Can Learn From Donald Trump

Wresting power from the big banks won’t be easy. They hold massive political power through incredibly strong lobbyists. And therein lies the crux of the industry’s problem: When businesses rely more on political influence than competitive success to survive, the system is broken. Trump needs to make his “drain the swamp” campaign slogan reality in order to foment meaningful change.

Despite the challenges Trump faces, startups and entrepreneurs have reason to be optimistic. The positive reactions of public markets to the election bolstered investors’ confidence, and that’s good news for founders. If Trump loosens both regulations and special interests’ influence, the next four to eight years could be a golden age for startups. Here’s how entrepreneurs can help make that happen:

1. Collaborate with regulators when possible. Most startups ignore regulators and policymakers until they’re at odds with them. Uber and Airbnb exemplified this mentality, taking a reactive approach; then they had to deal with legal entanglements over insuring workers and classifying rentals. They could have avoided time-consuming, costly battles by reaching out to lawmakers earlier.

Startups, in fact, should be 100 percent transparent with regulators, demonstrating how their products and services improve consumers’ lives and their local economies. Regulators are more likely to work with companies that have been open and forthcoming.

2. Form alliances with like-minded partners. Founders can’t fight all their battles alone or at once. Fintech companies, in particular, must work together to define their value and explain the differences in their offerings.

The fintech sector is new, and most regulators don’t yet know how to deal with it. In fact, many become adversarial and are unwilling to engage in nuanced discussions about the industry. That’s why it’s all the more important for fintech startups to advocate for fair policies. They need to set the tone for a new relationship with regulators.

3. Advocate for an overhaul of the patent office. When companies hold legal monopolies on their industries, innovation stagnates and the economy suffers. Recent efforts by the U.S. Patent and Trademark Office aimed to improve the situation by making it easier to challenge patents, but the new regulations overcorrected for the past. Entrepreneurs should organize and advocate for policies that protect both patent-holders and future founders.

Related: Will You Thrive in the Trump Economy?

In sum, innovation flourishes when regulators are open-minded and willing to work with companies instead of against them. As a businessperson, Trump knows this better than anyone. Whether he’ll put this knowledge to use as president remains to be seen. But whichever way he goes on regulation, entrepreneurs will need to hold him accountable and clear the path for breakthroughs in industries across the country.