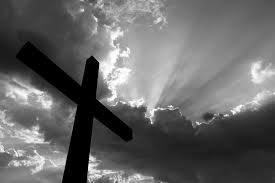 Many who know me or follow my writings know that I discuss the concepts of entitlement, protectionism, and privilege on a regular basis.  I have addressed these topics from a philosophical and economic view point often and believe these mindsets to be the foundation in our culture and economy currently.  I find these to be corrosive mindsets that create a complete disregard for truth and generally lead to destructive behavior.  Since it is Easter Sunday I am going to approach this subject from the Christian worldview.

Today I had the honor of giving the homily at the Easter service at my church.  When I was asked to do this I immediately started to dive into the gospel for inspiration on what I would discuss during what signifies the most important Christian day of the year. In reading and studying the last days of Jesus I started to see strong parallels between what I had been discussing in the last year regarding the economy and culture.

Easter Sunday signifies the resurrection of Jesus Christ, the entire Christian faith is built upon this truth.  Those that gather on Easter Sunday in church believe this supernatural event to be truth.  But there are many that do not and there is nothing wrong with that position.  Many take a position that Jesus was not risen from the dead but was a great moral teacher, similar to the Buddha or Gandhi.

The great Christian Apologist, C.S. Lewis, came up with a theory to address this concept of Jesus not being divine and a great moral teacher.  This theory was called the Christ Trilemma.  C.S. Lewis I think correctly recognized that Jesus made so many truth statements in his life and ministry that there was only three possible scenarios that could describe Jesus.  Those three scenarios were categorized in that Jesus was either a lunatic, liar, or lord.  This trilemma was a way of facing the reality of truth and the logical discourse that must take place when assessing truth statements.  C.S. Lewis was not trying to defend any particular position in this trilemma, it was recognizing that these were the logical positions possible based on the life and teachings of Jesus.

Many, including myself, recognize the entitlement and privilege in our society and culture.  Something that is addressed regularly but in my recent studies of Jesus’s last days these same cultural mindsets can be seen 2,000 years ago.  Lets take entitlement for example, this is the mindset that one is owed something or deserves special privileges.  This mindset typically leads to protectionism that I have spoken about extensively.  When you feel entitled to something and believe it is owed to you then you will do anything to protect, take, or keep it.  This will even go as far as disregarding truth.  This very behavior was seen in the Chief Priests and pharisees in Jesus’s last days.

The chief priests and pharisee’s got together in Jesus’s last days to discuss what they would do with the problem of Jesus.  Let’s turn to John 11:47-48 for insights, “Then the chief priests and the Pharisees called a meeting of the Sanhedrin.  What are we accomplishing? they asked.  Here is the man performing many signs. If we let him go on like this, everyone will believe in him and then the Romans will come and take away both our temple and our nation.”

And there it is, a complete disregard for truth in order to protect what they thought they were entitled to.  Rather then asking whether Jesus and the miracles he was performing were truth they were only interested in protecting their nation and temple.  Truth was entirely irrelevant, it was all about protecting what they thought they were entitled to.  We see a similar mindset in the famous conversation between Jesus and Pontius Pilate, yet this was rooted in privilege rather then entitlement.

In John 18:37-38 Pontius Pilate is questioning Jesus to understand what he should do with this man, “You are a king, then! Said Pilate. Jesus answered. You say that I am a king.  In fact, the reason I was born and came into the world is to testify to the truth. Everyone on the side of truth listens to me.” Then in the next verse comes the famous rhetorical question from Pilate “What is truth?”

This rhetorical question was rooted in privilege, Pontius Pilate could care less about truth.  Pilate had the Roman Empire, wealth, and power behind him.  His only concern was weighing what was popular, not truth, in order to advance his political career.  In this famous story of Jesus’s last days we see that entitlement, protectionism, and privilege led to the murder of an innocent man.  At the core of all these mindsets is fear.  The fear of losing something or the fear of not being popular.  And in trying to silence truth it did the exact opposite and created the widespread of Christianity for 2,000 years.

Whether you believe that Jesus is liar, lunatic, or lord is a decision you will have to come to alone.  But the tenants of this story and the last days of Jesus still ring true today.  There are truths in the world and entitlement, protectionism, and privilege does not change that fact.  Hiding behind any of these behaviors or mindsets will inevitably catch up to anyone.  It is impossible to disregard truth regardless of the justification or status in the world.

I find C.S. Lewis’s trilemma fascinating as it forces us to face the reality of truth and that there are only a few ways in which to look at the man Jesus was.  We can try to fit him into a nice worldview that makes us feel good about the story but that is inevitably a disregard for truth.  I think we should always thrive for truth regardless of circumstances.

What I admire most about Jesus was that he stood in the face of power, wealth, and popularity regardless of circumstances.  Whether you believe he was divine or not I do not think you can deny his courage.  A courage that did not fall victim to entitlement, privilege, or protectionism.  In the end Jesus was the ultimate rebel, willing to give his life for what he thought was truth.  That is honorable and I respect anyone that is willing sacrifice everything for what they believe to be truth.